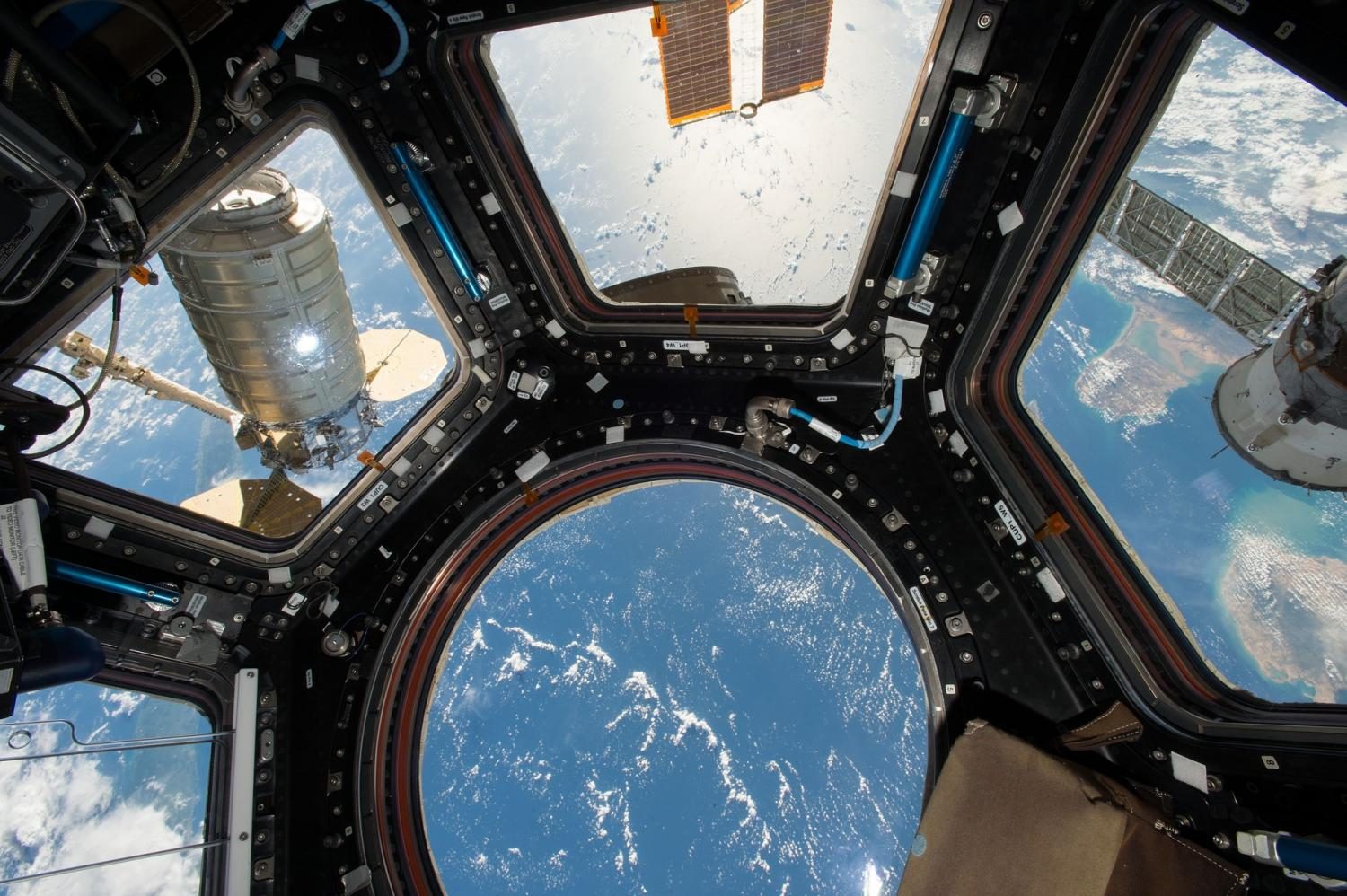 Life, by Daniel Espinosa, is a new entry in the science fiction horror genre that feels fresh and familiar. There are many scenes and tones in this film that feel iterative of the sci-fi classics of the past, but these segments are well shot and edited to make them feel new.

In Life, a crew of six astronauts aboard the International Space Station receive samples from Mars, one of which is a single celled organism. The film starts slow with well executed character development and dialogue. The audience cares about these characters and each of their lives before they start dropping.

At the beginning of the film the alien is dead but the British biologist, Hugh Derry, played by Ariyon Bakare, is able to revive the creature. The crew, excited by their discovery, has a little fun and quickly realize they bit off more than they can chew.

The two main protagonists Dr. David Jordan and Dr. Miranda North, played by Jake Gyllenhaal and Rebecca Ferguson respectively, are the two most developed characters of the cast which is expected, but with such a small cast of only six, I was left wanting more from the others.

Even though some of the characters are lacking after the strong establishing start to the film, I was still deeply invested in each of them, rooting for them and on the edge of my seat as the characters had scrapes with death.

There is a strong sense of growing dread and suspense as the situation worsens. The director uses tight narrow shots that move and twist around the claustrophobic corridors of the ISS to establish the dark and tense tone of the film.

Not only does the cinematography and character and creature development create fear, but it also makes the film feel very alien which is good for this kind of film. I felt uncomfortable and had the growing sense that something was off as the film progressed and the creature became more developed.

The alien is scary and unlike anything I’ve seen before. It pushes the boundaries of what life can be and look like beyond our atmosphere. The creature changes and grows as the film progresses in a smart way that seems logical. Every time the alien would disappear for a couple scenes I found myself wanting to see what it had become over the course of that time.

In the end of the film I did not feel satisfied with what happened or like there was a conclusion. When I watch Alien I am relieved at the end when the alien is expelled into space but Life does not have an ending like this. Even though I was unsatisfied, the ending was strong because with the movies dark tone, a happy ending would have felt out of place.

Overall, the writers of the film were definitely influenced by classics of the past including scenes similar to Alien, The Blob and Predator, but they all feel well made and different enough to make the movie a great standalone product with great cinematography and a stand out ensemble of well written personalities.