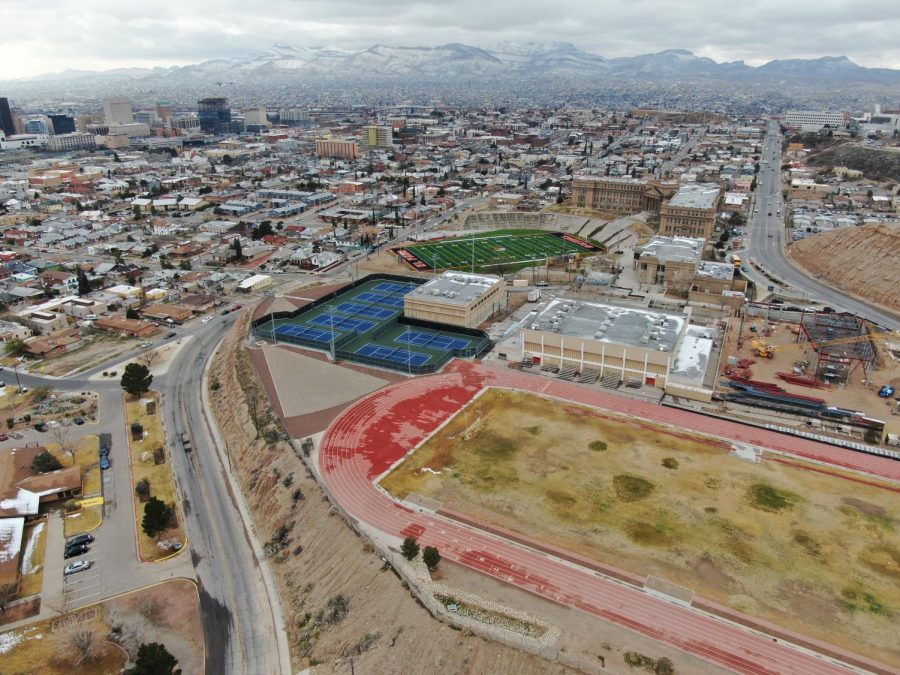 On Sept. 14, El Paso High School went on a hour-long lockdown due to a potential threat on campus involving a social media post of a student with a gun.

School officials diffused the situation with precision and verified that there was no immediate threat present on campus.

This incident sparked up the conversation amongst both students and staff regarding school safety precautions.

“We go into lockdown anytime we think that there might be a threat,” Assistant Principal Michael Warmack said. “We’ll always air on the sign of caution. Based on the information we got, it was one of those split second decisions where we decided to go into lockdown.”

EPHS takes immediate action when there is something known that could physically harm students.

“The safety of everybody is the most important thing,” Warmack added. “Even the police officers who’d arrived said there was no need for a lockdown, yet it was still something we set on doing just out of precaution.”

For multiple students, this was not the first time they had experienced a serious lockdown situation on campus.

“As I was under my desk to be completely honest, I kept expecting to hear a gunshot,” junior Santiago Gonzalez said. “I just had vivid thoughts of the lockdown that happened my freshman year because I happened to be in the same class, at the same desk and everything.”

A considerable amount of students were thinking of ways to handle the situation if worse came to worst.

“I was ready to hear shots,” Junior Kai Ming Fong said. “And all I remember going through  my head was grabbing my metal water bottle to protect myself and I wasn’t really thinking about anything else except preparing myself especially with what happened in 2020.”

Most students think that the speed of the reaction towards the issue was handled very well, as well as how their teachers operated.

“Our teacher didn’t really know what was going on,” junior Demetrio Gonzalez said. “But he acted immediately and luckily I was happy that nobody got hurt and that it wasn’t as scary as what  happened a couple years ago.”

Some students had never experienced an incident like this and weren’t really sure how to handle it.

“We were in our room and at the time Ms. Zumar was walking the halls saying we were in a hold and at the time I really didn’t know what that meant,” Freshman William York said. “It was kind of scary, but we closed our doors and locked it and not even seconds later the PR came on saying ‘lockdown lockdown now’.”

Not knowing what to expect, he proceeded to take the precautions he thought were necessary.

“As someone who’d never been through that before I was texting my parents saying I was okay and I loved them because if anything happened I needed to tell them,” William said.

The thoughts that go through a kid’s mind during one of these occurrences can be frightening and incredibly anxiety inducing.

“The person who was pulled out of my room was sitting right next to me during my class,” Junior student who will remain anonymous said. “Dr. Warmack came to our door with about three or four police officers by his side and pulled out this kid, and directly after the lockdown started.”

They went on to express what was going through their mind in these moments.

Recently, especially in the past few decades, school shootings and gun violence have been a major issue in the United States. It is something that most schools in the system have had to prepare for and have conversations about.

“I think that we really need to enforce school safety more,” William said. “I don’t mind having more cops on campus or defenses for teachers, this is something we definitely need to be proactive about.”

When it comes to threats like the one experienced, it’s something to take seriously and attentively.

“Some people joke about it and I think it’s incredibly stupid,” Sophomore Marliyn Luchenbill said. “It is a serious thing and needs to be treated that way, this isn’t a laughing matter anymore.”

Students expressed how they felt even though the incident was handled well, they’re tired of this being a constant worry. Even with multiple tactics of self-defense, it’s hard to live in a society where this is normalized.

“Whether it’s a fake lockdown or an actual active shooter it’s definitely becoming more common and it should not be happening at all,” Demetrio said. “But all things considered I wouldn’t be surprised if we had another next year or even next semester.”