ICYMI: Halloween Not Spooky For Everyone 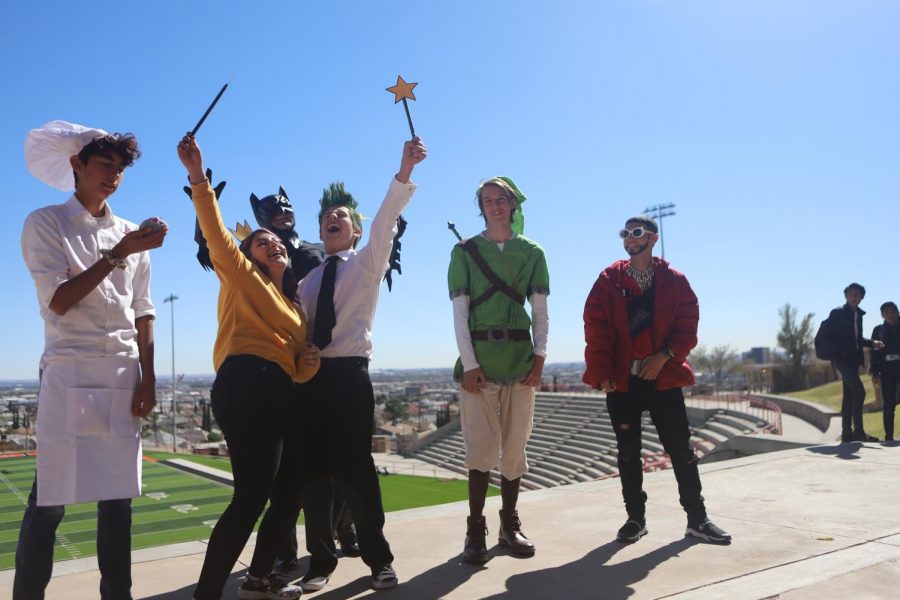 Who wore it better? Students celebrate Halloween and take part of a costume contest held during lunch time on Oct. 31.

Halloween is a very popular holiday nationwide. A day full of costumes, candy, and fun. Among the students of El Paso High, it is a holiday that many enjoy and like to participate in. But, for others at EPHS it is just another regular day.

When interviewing students, one of the biggest factors as to why they did not celebrate Halloween, was due to their religious beliefs and culture.

“It is mostly a cultural and religious thing because where I was born, in Kenya, nobody celebrates Halloween also, it is one of those things where my family believes it has something to do with the devil” Sophomore, Nelly Murigi said.

Other students also correlate this holiday with the devil.

Or their parents associate Halloween as the devil’s day.

“Well, mainly I don’t celebrate the trick or treating part, and my parents don’t like to watch horror films and my mom thinks it is an evil day” Sophomore, Mateo Arenas said.

“I don’t celebrate Halloween because my family feels like it is a day that celebrates the devil, and devil-like things” Junior, Miguel Garcia said.

However, not all the students that we talked to did not celebrate Halloween due to their culture or religion.

“I would rather stay home or hang out at a friend’s house but, it is not because of religious reasons” Junior, Patrick Pearson told us.

Some students said that their families still dress up but don’t like the idea of Halloween.

“Well, to us [my family], Halloween has been very commercialized from its original intent, the most we do is just dress up.” Senior, Ana Garcia said.

Yet, some of the students that do not celebrate Halloween due to their religious reasons still participate in a way.

“On Halloween nights we usually don’t do much, it is just another regular day, personally, if I get the chance the only different thing I do is just dress up” Junior, Miguel Garcia said.

Before interviewing students, we decided to research the origins of  Halloween and how it came to America.

The original Halloween tradition was brought on by the Celts festival of Samhain, when people would light bonfires and wear costumes to ward off ghosts. As the years went by, Pope Boniface IV dedicated a day to “All Martyrs”. Pope Gregory III later expanded the festival to all saints and martyrs. The influence of Christianity spread into Celtic lands.

Throughout history, it is now believed that the church was trying to replace the Celtic festival of the dead with a church-sanctioned holiday. Years later, the All Saint’s Day celebration was called All- Hallows Eve and, eventually, Halloween.

When Halloween came to America, because of all the different beliefs and customs of different ethnic groups, an American version of Halloween emerged. In the late 1800s, it was molded into a holiday that was more about the community and neighborly get-togethers rather than ghosts, pranks, and witchcraft.

Trick or treating was a way for the community to celebrate Halloween. They would hand out small treats to prevent tricks being played on them. Which led to a new American tradition being born.

“I steal the candy from my parents, my favorite is nerds or skittles.” Junior, Patrick Pearson said.