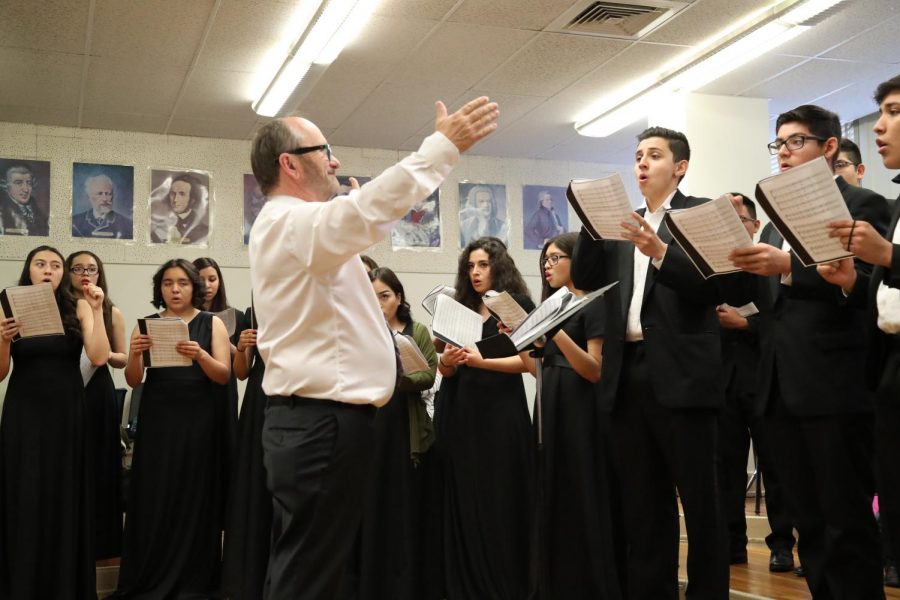 On March 9, the El Paso High choir sang their way at the UIL contest held at Eastlake High School into a first division ranking.

Schools from all around the district compete and perform three songs. Then judges rank the performances on a one to five scale, one being the best and five being the worst.

“This is my first year in choir and I feel good about competing. I am nervous and excited at the same time,” Freshman Olivia Gouveia said. “I am not too worried since we have improved a lot from the beginning of the year.”

Three songs have been prepared by the tiger choir with each song having its own style.

“All three are very different. One is very fast paced that keeps going and going. We then slow it down with our next piece,” Senior Carlos Hernandez said. “Our final song is also slow paced that we have to be careful with.”

Along with the three songs performed there is an event called sight reading. They are given a song they have never practiced before and have a limited amount of time to prepare before they perform it. This part of the competition seems to be the most challenging for the tiger choir.

Performing a song that is given to them on the spot is harder than it seems when they are given only six minutes to learn it.

The El Paso High School choir showed off what they could do when earning a first division ranking, the highest score possible.

“For sight reading we break up into our different voice sections and we practice the song with the time we are given. We aren’t allowed to sing so that makes it more difficult,” sophomore, Noelle Porflit said. “They will call time and then we perform the song and see how it goes.”