‘Black Panther’ Gives You 1 Billion Reasons To Watch It 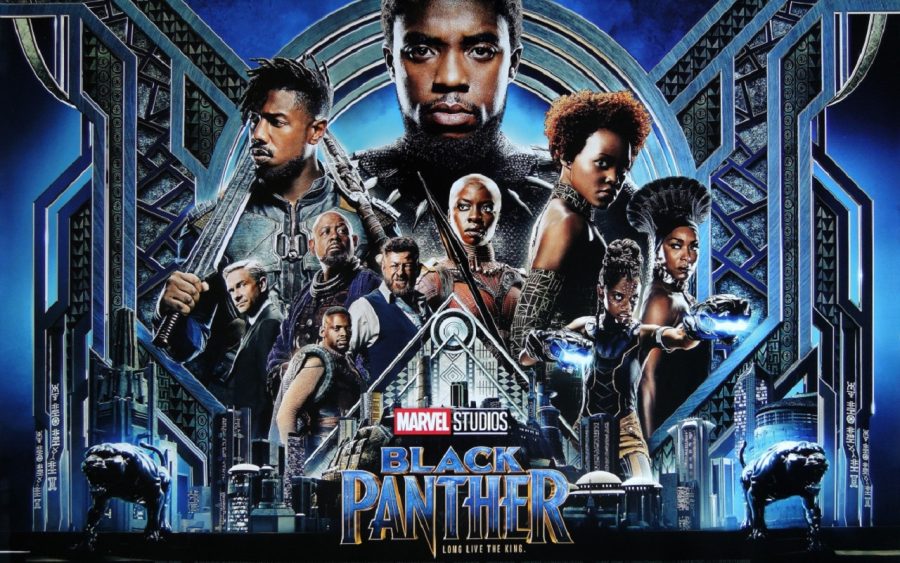 Directed by Ryan Coogler, well known for Creed, it stars Chadwick Boseman as ‘Black Panther’ and has a supporting cast of Michael B. Jordan, Daniel Kaluuya, Lupita Nyong’o, and Danai Gurira.

For the most part Black Panther is a very well-made movie with some of the prettiest visuals in any Marvel movie and great performances from the whole cast. Throughout this big budget release, we are plunged into the world of Wakanda, a secret African country that has been technologically advanced since a meteor carrying a magical resource fell into it. We see the power struggle within the country’s hierarchy after the king, Black Panther’s father, dies during the events of Captain America: Civil War.

The whole dynamic of the power struggle and the unraveling mystery of Michael B. Jordan’s villainous Killmonger’s past is the best part of this film. This complex plot is well thought out and has great dialogue. However, this political story, like most marvel movies, ends with a CGI mess of a fight.

On the other hand, the comedic writing in this film is some of the worst I’ve heard in any marvel movie. Most of the jokes are dumb and play off things that were popular jokes when this movie was being written. There is a “what are those” joke in this movie. The few jokes that land are the ones that are unspoken. For example, there is a car chase scene where one of the Wakandan’s cars is being fired upon by machine guns but since it is made from the rare material only they have access to, all the bullets bounce off the car. Throughout this sequence, Coogler cuts between scenes of heavy action and silent shots of Black Panther’s two female side kicks driving the car unharmed by the barrage of fire.

Another major issue I had with this film was the disappointment of the soundtrack. I listened to a few of the songs that Kendrick Lamar produced for the film before going to the theater in anticipation. Lamar’s soundtrack is very good but is hardly used in the movie. Except for one scene, the rap album is played for 15 seconds at the begging of a scene and then is faded out. I did like the percussive soundtrack that was used throughout the movie as well and it felt very tribal however them advertising the soundtrack being made by Kendrick Lamar seems like false marketing.

Overall, Black Panther is great to look at with exciting designs and great acting but is too long and has an expected ending where two guys in un-punchable suits are punching each other. There are very impactful scenes of dialogue regarding race and class divisions, especially from Killmonger. Although I enjoyed the movie, I have no interest in seeing it again.